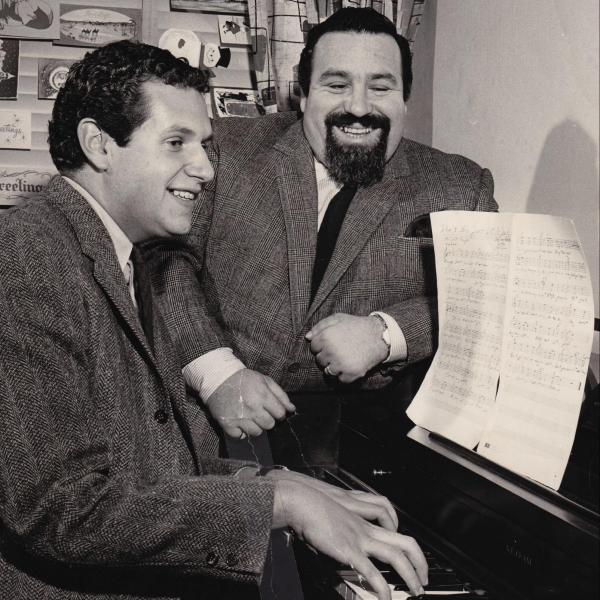 In the late ‘50s, rock and roll appeared to be falling apart at the seams. What started out as a brilliant, defiant, youthful, rebellious and energetic medium had begun to atrophy. One at a time, the artists who made this timelessly exciting music either burned out or faded away; Jerry Lee Lewis and Chuck Berry were the victims of scandal, Little Richard abandoned music for religion, Elvis joined the army, and one cold night in 1957, a plane crash caused teenagers everywhere to mourn “the day the music died”.

The scandalous nature of youthful rebellion appeared to have been quashed. Even the business of rock and roll was attacked mercilessly, through the reputed ‘scandal’ of payola (something that existed long before AND long after the onset of rock and roll). In such a state of disrepair, the imminent demise of rock and roll seemed certain.

While the recording artists floundered, it fell into the hands of the songwriters to salvage the spirit of rock and roll, most notably the teams of Lieber-Stoller and Pomus-Shuman. Both teams did some fabulous work (and Lieber-Stoller are covered in another episode of “How Music Changed”), but a hero was needed to fight the good fight. Somebody needed to represent the spirit and quality of this new type of music, and survive the onslaught of negativity from a staid and stale music industry.

Doc Pomus, along with his partner Mort Shuman, understood the soulful nature of rock and roll, and set about providing the world with a soundtrack that would assure rock and roll’s survival – not just for a few years, but forever.

Pomus was an unlikely hero. As a lonely, teenaged Brooklyn Jew who suffered from polio and its crippling after effects, he found solace and strength in rhythm and blues music, and felt ‘transformed’ by it. He began this transformation as a performer, and had a fair degree of success, but he lacked marquee good looks and his crutches complicated things even further. He stuck it out for nearly ten years, and eventually turned his attention to songwriting. The results speak for themselves.

By providing songs of true brilliance, Pomus and Shuman kept the spirit of rock and roll alive, while nudging it toward the timeless beauty of rhythm and blues. In his later life, when lung cancer had him confined to a bed, he would write songs with Dr. John in between nearly daily visits from Lou Reed. His suffering and subsequent passing on March 14, 1991, provided much of the inspiration for Lou Reed’s magnificent album “Magic and Loss.”

And so we dedicate this show to the timeless brilliance of songwriters Doc Pomus and Mort Shuman.

Teenager in Love – Dion & the Belmonts

A Mess of Blues – Elvis Presley

She’s Not You – Elvis Presley

This Magic Moment – The Drifters

Save the Last Dance for Me – The Drifters

I Count the Tears – The Drifters

Sweets for My Sweet – The Drifters

Can’t Get Used to Losing You – Andy Williams

There Must Be a Better World Somewhere - Irma Thomas