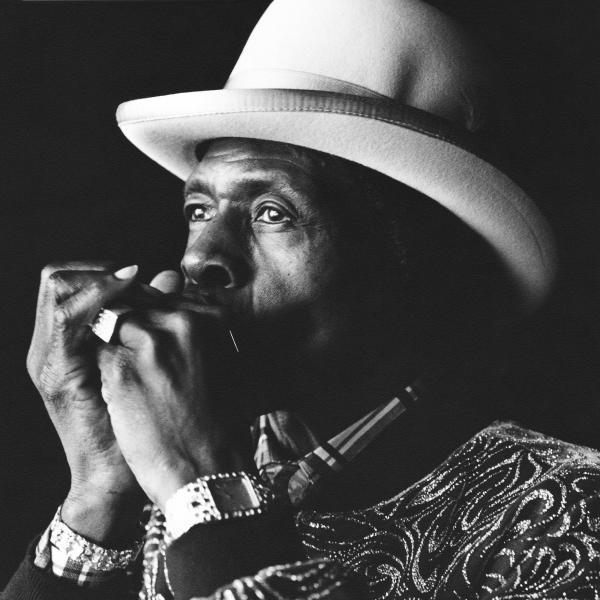 Sonny Boy Williamson I and II (yes, there were two distinctly different people who went by the name of Sonny Boy Williamson, and they were not related – but that’s another story for another show) are the original heroes of blues harmonica, mostly through Sonny II’s affiliation with the original King Biscuit Flour Hour Program (a name that many classic rock fans will recognize for hosting live concerts). Little Walter changed the face of the instrument by blasting his harp through a distorted amplifier and frightening everybody half to death with his menacing stage presence. That combination set the standard for blues harp until this very day, but the influences of these harpists lie even deeper when you listen to the material that they introduced to our culture.

Sonny Boy Williamson (I) gave us “Good Morning Little Schoolgirl,” which was subsequently made famous by Hot Tuna, The Grateful Dead, Johhny Winter, the Yardbirds and scores of others. Remember “Eyesight to the Blind,” from the Who’s “Tommy”? It was written by Sonny Boy (II). Elvis Presley’s version of “Mystery Train” might be the single most influential rock and roll recording ever! Do you know where he got it from? Little Junior, who later became famous as Junior Parker. The Rolling Stones took “I’m a King Bee” from Slim Harpo, and I hardly know where to begin when it comes to the influence of Little Walter. Besides being the most technically gifted and innovative harp player of his time, he is also credited with making the blues harp a solo instrument for the electric age. Do you recognize any of the songs that he helped to popularize? How about “Key to the Highway” (Derek & the Dominoes, for one), “My Babe” (The Animals, The Fabulous Thunderbirds, Foghat) or “Mellow Down Easy” (the Black Crowes even took a stab at this one)?

Junior Wells also has an influence that goes beyond mere name recognition. The Allman Brothers Band turned “You Don’t Love Me” into a twenty minute free-form masterpiece. His work with Buddy Guy had a profound influence on some of rock’s biggest icons, from Jimi Hendrix (“Catfish Blues”) to the Blues Brothers (“Messin’ With the Kid”). Latter day heroes of the harmonica such as Paul Butterfield, John Mayall and Charlie Musselwhite helped to popularize the instrument as a staple of contemporary rock music. From these not-so-humble beginnings, the influences spread like wildfire throughout our music culture, and you can be sure that today’s pop music would be drastically different if not for these pioneers.

Here is a list of songs covered in today’s program, plus a few “Bonus Track” suggestions for further listening;

20) BONUS – Messin’ with the Kid – Buddy Guy and Junior Wells

As for the artists who have been influenced, try these on for size;

5) Eyesight to the Blind – The Who

14) My Babe – The Fabulous Thunderbirds

15) You Don’t Love Me – The Allman Brothers Band

17) Messin’ with the Kid – The Blues Brothers